BLOG: Sussex Foraging. Living off the land with the Wallis family.

Home / Blog / News and articles / BLOG: Sussex Foraging. Living off the land with the Wallis family.

Living off the land

I consider myself as someone with a very healthy attitude towards food. By ‘healthy’ what I mean is that I wholeheartedly appreciate, enjoy and recognise good quality food. I don’t take it for granted, and I get a great deal of pleasure from purchasing, cooking and eating it. 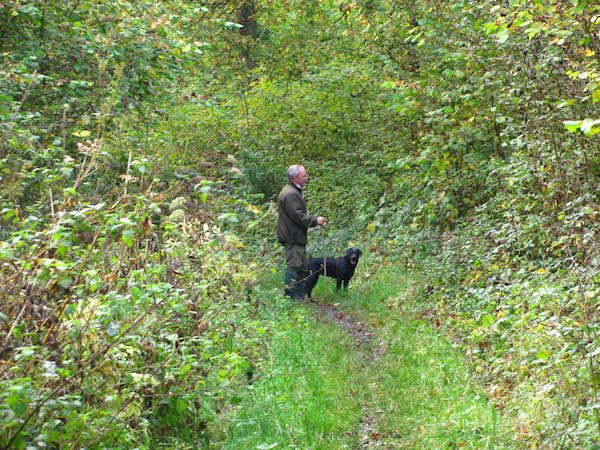 A fresh and healthy attitude

I’m talking fresh, free range, organic meats, fresh and sustainable fish, a wide range of fresh fruit and vegetables and wonderful creations made with any of these things.

I attribute this healthy attitude to two of the most amazing people in my life: my parents. My Mum for the way she taught me to cook well (and eat well!) and my Dad for his influence on my values for quality, freshness and sustainability.

As a family we always ate at the table, something I believe is one of the secrets of a close family, and we ALWAYS ate well.

Even when my parents were young 20 somethings with 2 kids struggling to make ends meet.

There’s a lot you can do with rabbit

One hard winter when my Dad was laid off due to the heavy snow, the reason we were able to eat well was because my Dad went shooting. My Mum said she felt guilty for giving us rabbit every night so she used to try and think of different ways of cooking it so we wouldn’t get bored. That’s the kind of wonderful woman she is. You might be surprised to hear there’s a lot you can do with rabbit… Rabbit stew, rabbit pie, rabbit curry and there are a few more dishes that I can’t remember the name of.

Now more about my Dad…

My Dad grew up in the concrete jungle of Coventry, in quite poor circumstances. He lived nowhere near any countryside or nature, but somehow he always found it.

He’s had a passion for nature for as long as he can remember.

I asked him where he thinks his love for nature and the landscape came from considering where he grew up and he said he really does not know. I suspect it was partly the ‘lack of’ nature he grew up in. When he was a small boy his Grandad used to read him a book about animals. He loved it and wanted to hear it again and again. I believe it is just within him.

Nature is part of his ‘nature’

Nature is part of his ‘nature’ you might say. As a boy, he used to get up at dawn and walk miles and miles without any food in his belly and just spend the whole day in the countryside looking for wildlife and being with nature not coming home until dusk.

When he was 12 circumstances brought him to Sussex. He was in his element, surrounded by the South Downs and the seaside – the first time he had seen either. Every spare minute he had he made the most of both and went exploring, foraging and fishing. ‘There is always something to see in nature’ according to my Dad. You can’t argue with that. As soon as he was old enough, he got himself what he needed to learn how to shoot.

Rabbits, pheasants, deer, pigeons – basically anything he could eat.

Some of you reading this might wonder how and why he was drawn to ‘hunt’ given his passion and love for nature and wildlife. Believe it or not, these two things are not exclusive of each other. Hunting is not about ‘sport’ for my Dad and for him it has no competitive aspect of any kind, often hunting or fishing by himself.

Living off the land 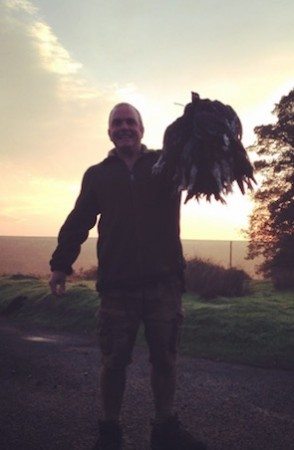 It is about self sufficiency, living off the land and being part of nature.

Because food was so hard to come by for my Dad when he was growing up, he said he loved the idea of being self-sufficient and providing for himself and his family. His dream was to raise a family in the countryside and do exactly that, and that is exactly what he did.

He met my Mum at 15, and by their early 20’s they had two children and had brought our family home in a small West Sussex village, surrounded by farmland, woodland and the South Downs.

30 years on and my Dad still hunts, fishes and walks the area regularly. 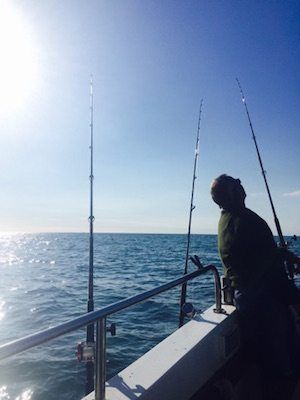 He even has his own ‘high seat’ which he built up a large oak tree on one of the farms where he can sit for hours and hours just watching the landscape and the wildlife. He goes several times a week, sometimes in the early hours of the morning before anyone else is up (the best time he assures me…I’ll take his word for it).

He admits that people must think he is crazy and when he does this in all weathers, even the farmers thinks he’s a madman! I ask him why he does it and he tells me that it brings him peace. He goes even as far to say it is his saviour from the stresses and strains the modern world brings.

Though I haven’t quite followed in my Dad’s footsteps in terms of the hunting or the sitting up trees at all hours of the morning, I do ‘get it’. Growing from a child into an adult, I begun to really appreciate the wonders of nature. I live near the sea, so for me my saviour is walking down the beach, in all weathers. And when I get the chance I do like to join my Dad for a good, long walk over the Downs.

Bringing a sense of calm

Like my Dad, it brings me a sense of calm.

But the biggest part of my Dad’s passion and hobbies which hugely benefits me is the endless supply of fresh game and fish I get all year round.

I don’t have to find the time to traipse the butchers and select the best cuts, and I don’t have to dig deep in my pockets – I just go round Dads. Amazing.

Perhaps if I didn’t love food and cooking so much, I wouldn’t appreciate it quite in the way I do. Depending on the seasons I get to cook with game such as pheasant, partridge, pigeon, wild duck, venison, and rabbit.

During the summer I also get freshly caught sustainable fish such as mackerel, bass, bream and skate.

I know how lucky I am. It is currently pheasant season right now up until February, so I’m looking forward to trying out some new recipes.

I tried pheasant madras last year which was incredible and also did a pheasant, bacon and leek pie. This year I might be brave and give my Dad’s terrine a go.

Here is the recipe he uses if anyone else fancies something ‘fancy’ and having a crack at ‘Andy’s Terrine’. Ok, we can’t claim it’s his recipe as it’s actually Hugh Fearnley-Whittingstall but still, give it a go…

For those of you whose Dad isn’t your regular Bear Grylls, thankfully there are many restaurants and pubs out there that serve some delicious game dishes, particularly in Sussex:

The Shepherd and Dog in Fulking currently do Roasted Partridge wrapped in streaky bacon and stuffed with prunes and cranberries, with roasted pumpkin and pearl barley. 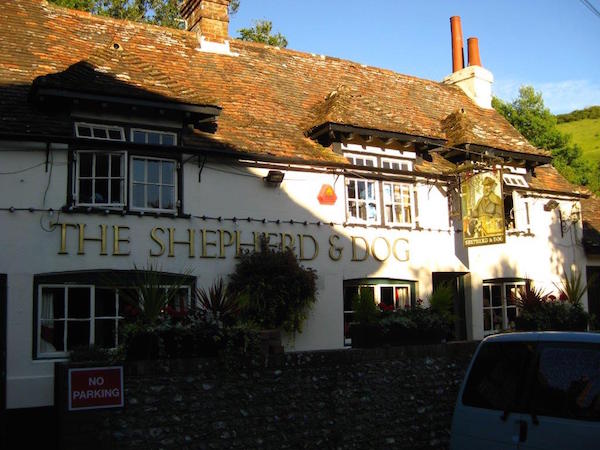 The Talbot in Cuckfield does roasted pheasant breast (may even contain shot! I’m used to that in my roast dinner!)wrapped in smoked bacon, lentil ragout & savoy cabbage. 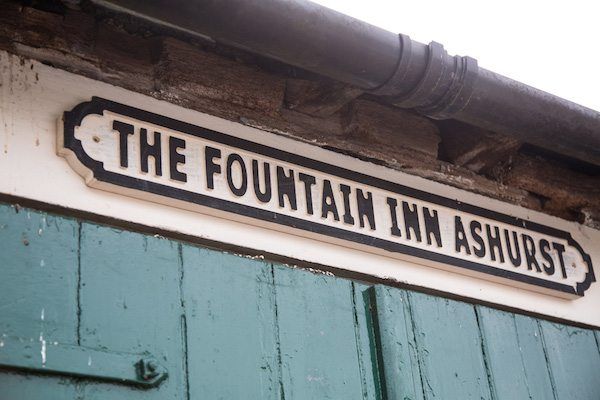